Arrival at Airport.Transfer from Heydar Aliyev International Airport to the restaurant. Drive to Hotel. Сheck inn Hotel. Free time. Our tour program starts with Panoramic Tour Highland Park-Alley of Martyrs, The National Assembly- also transliterated as Milli Majlis, Flame towers- the tallest skyscraper in Baku Later you will visit Baku Crystal Hall – an indoor arena in Baku, Azerbaijan. Located on the coast of Baku near National Flag Square, construction of the arena began in August 2011 and finished in April 2012—in time for it to host its first major event, the 2012 edition of the Eurovision Song Contest. Walking through Baku Boulevard which stretches along a south-facing bay on the Caspian Sea. It traditionally starts at Freedom Square continuing west to the Old City and beyond. Since 2012, the Yeni Bulvar (New Boulevard) has virtually doubled the length to 3.75 km. Overnight Stay at the hotel.

Breakfast in Hotel. Observation tour to Baku TV Tower – built-in 1996, is a free-standing concrete telecommunications tower in Baku, Azerbaijan. With a height of 310 metres (1017 ft), it is the tallest structure in Azerbaijan and the tallest reinforced concrete building in the Caucasus. The tower has become one of the most prominent landmarks of Baku, often in the establishing shot of films set in the city. (photo-session from outside) Highland Park-Alley of Martyrs, The National Assembly- also transliterated as Milli Majlis, Flame towers- the tallest skyscraper in Baku Old City or Inner City is the historical core of Baku, the capital of Azerbaijan. The Old City is the most ancient part of Baku, which is surrounded by walls were well protected. In 2007, the Old City had a population of about 3000 people. In December 2000, the Old City of Baku, including the Palace of the Shirvanshahs and Maiden Tower, became the first location in Azerbaijan to be classified as a World Heritage Site by UNESCO. Nizami Street is known for shopping. The street’s history could be traced back to Baku’s town-planning project of 1864. The street runs through the city’s downtown from west to east. It begins from Abdulla Shaig Street, in the mountainous part of the city and ends at railroad bed on Sabit Orujov Street, near a monument to Shah Ismail Khatai in “Black City”. The total length of the street is 3,538 m. Fountains Square is a public square in downtown Baku, capital of Azerbaijan. The square was previously called Parapet and is often referenced to by the same name now. The name of the fountains square derives from the presence of dozens of fountains throughout the square first constructed during Soviet rule of Azerbaijan. The square is a public gathering place, especially after business hours and during the weekend. Overnight Stay at the hotel.

Breakfast in Hotel. Tour starts with the visit to the charming example of modern architecture – The Heydar Aliyev Center – a 57, 500 m2 building complex in Baku, Azerbaijan designed by Iraqi- British architect Zaha Hadid and noted for its distinctive architecture and flowing, curved style that eschews sharp angles. The centre is named after Heydar Aliyev, the first secretary of Soviet Azerbaijan from 1969 to 1982, and president of Azerbaijan Republic from October 1993 to October 2003. (photo-shoot from outside) Visit “LITTLE VENICE” in Baku Boulevard which is a small town built-in 1960. The town has two large and several small islands. Boats are provided for 4 people: one is designed for guide and the rest – for passengers (photo-shoot from outside) Drive to Azerbaijan Carpet Museum displays Azerbaijani carpets and rug items of various weaving techniques and materials from various periods. It has the largest collection of Azerbaijani carpets in the world. It moved to a new building on the Baku’s seafront park during 2014 from its former location on Neftchiler Avenue. The museum has become a research-training and cultural-educational centre where many events, such as exhibitions, international symposiums, and conferences, are held. During its 50 years of existence, the museum has organized more than 30 exhibitions in different countries throughout the world (photo-shot from outside) Proceed visit to Central Park – The first part of the park consists of six pedestrian crossings and six sherb. These passages were built mainly at the intersection of Nariman Narimanov, Mirza Agha Aliyev and Abdulla Shaig Streets. In general, there are 20 hectares of greenery in the 14 hectares of the park. Central Park has fun and playgrounds, chess, backgammon and sports facilities for children up to 7 years, swings and football fields for children. There are 9 springs in the park. Security cameras have been installed in the park for the modern lighting system and infrastructure management. There are over 2100 trees and over 137,000 flowers and shrubs. The park has been used for irrigation more than 6.5 km. In addition, drainage lines have been installed in Central Park. Overnight Stay at the hotel.

Breakfast in Hotel. Drive to FIRE WORSHIPPERS’ TEMPLE- The most famous fire temple is the well-preserved temple Ateshgah (“the Fireplace”) in Surakhany, the temple was built over a pocket of natural gas that fuelled a vent providing an ‘eternal’ fire. Trip to “FIRE MOUNTAIN” – “Yanardag” -a mountain on Absheron peninsula, 25  km from north of Baku. Literally, the word “Yanardag” means “Blazing mountain”. Blazing bodies of flame dance on stones and floor.  Yanardag is a natural gas fire which blazes continuously on a hillside on the Absheron Peninsula on the Caspian Sea near Baku, the capital of Azerbaijan, which itself is known as the “land of fire.”. Overnight Stay at the  hotel

Breakfast in Hotel. Drive to Gobustan – is best known for being the home to the famous rock petroglyphs and the area has been settled since the 8th millennium BC. It is known for hosting thousands of rock engravings spread over 100 square km depicting hunting scenes, people, ships, constellations and animals. Its oldest petroglyphs date from the 12th century BC. In 2007, UNESCO included the ‘Gobustan Rock Art Cultural Landscape’ in the World Heritage list. The Gobustan State Reserve was featured during the Thirty-third Session of the Islamic Conference of Foreign Ministers. Our tour program continues with Bibiheibat Mosque -which a historical mosque in Baku, Azerbaijan. The existing structure, built in the 1990s, is a recreation of the mosque with the same name built in the 13th century by Shirvanshah Farrukhzad II Ibn Ahsitan. Overnight Stay at the hotel.

Breakfast in Hotel. Check out Hotel. Transfer to Airport for the return flight.

NOTE:- Please contact us for the best quote as per the number of pax travelling together and for other tailored itineraries also. 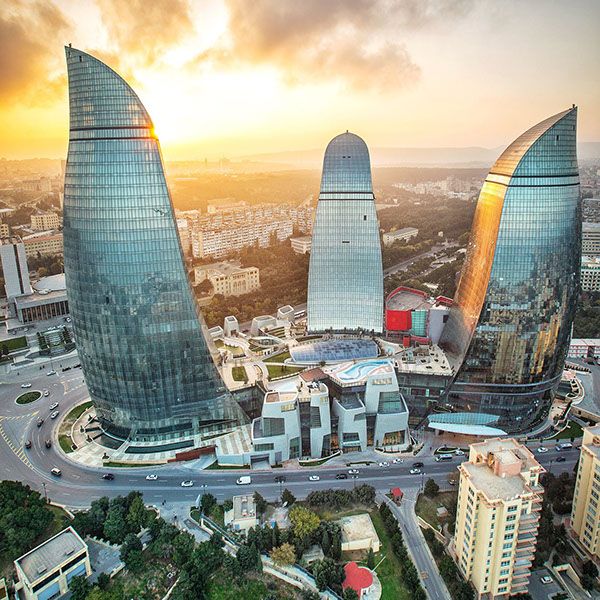 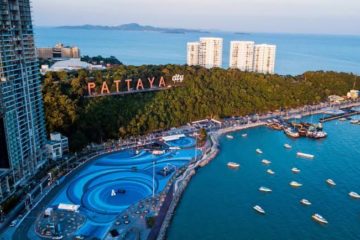 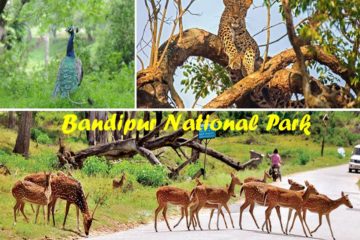